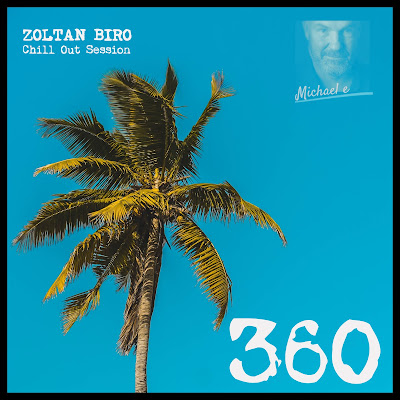 A big influence came in the early 90's in the shape of the Cafe Del Mar series as instrumental music for it's own sake began to make inroads into the worlds musical consciousness, where music didn't have to be a "song" but could stand alone as an instrumental piece. But the difference was it was music not wholly played on traditional instruments but introduced electronica into the mix, with all sorts of wonderful sounds and delays that conjured up musical landscapes and exotic worlds of sound. I was well and truly hooked. To me it was almost like a new beginning for music. I was searching for soundscapes that painted pictures and the selections I was hearing on the CDM comps had this quality in abundance. My first release was in 2006, I have now released 12 albums and appeared on over 300 compilations.

....................
I had piano lessons as a child and by my early teens developed a real passion for music when Motown hit me like a ton of bricks. I was blown away. I’d quite liked the Beatles and music in general but nothing had really connected as powerfully as Motown did. I wanted to get involved in making music with others and reproduce what I was hearing. By the time I was in my late teens I’d played with various cover bands and joined a band that toured Europe. I had a short stint with Johnny Johnston & The Bandwagon, who’d had a massive hit with “Breaking Down The Walls Of Heartache”.
Eventually I found playing covers uninspiring and was wanting to create my own music. However breaking down the covers for my band to play gave me a invaluable insight into how a track was put together, great experience for what was to come. I retired from touring and turned my energies to raising a young family. I always had a piano to hand and started to compose my own music, at first just for piano. I was itching to do full arrangements and it wasn’t until the software evolved that I could do just that. The software and the amazing sound palette that was integral allowed me flights of fancy that I couldn’t have dreamt of when music was produced on traditional instruments alone.

It was a new beginning, I was able to paint soundscapes and conjure up musical worlds that inspired me to be ever more creative and daring. In 2006 I was finally in a position to dedicate my life, full time, to my passion. Since then I’ve released 28 albums, appeared on over 2,000 compilations and loved every day. I can’t see me ever getting jaded and doing anything other than creating music. I’m always inspired by other wonderful artists I hear and as much as I’m a creator of music, I’m also a massive fan too. Music is wonderful and I’m so lucky to be a part of it.