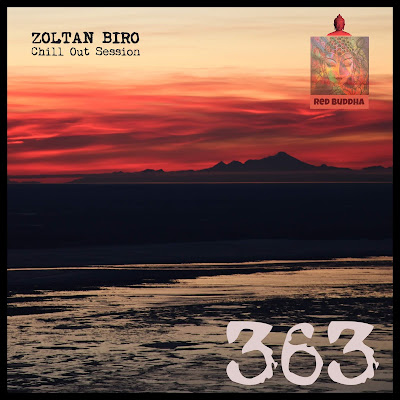 Red Buddha – producer, musician and DJ. Besides the computer programming sequenzes, many musicians and singers from India, Iran, Japan, Taiwan and Turkey are part of this interesting production, giving it a touch of uniqueness. The Iranian string instrument Santoor, played by grand-master Bahramji Pourmand (CD “Call Of The Mystic” BF 39850732) and normally only heard in classical traditional concerts, arouses great mystic. Sitar, Veena and Erhu, instruments unusually for such a surrounding are awakend to new life. Voices and vocal shreds of featured artists become part of the sound trip in space.

Albums:
Tibet Trance (1999)
Original voices and sounds from the Tibetan Monastaries are mixed with Trance grooves. This album invites listeners to take part of the spiritual emotions created by various flutes, grooves and electronic elements.
Music inspired by the „roof of the world“ taking you into a deep emotional world of feelings, which we are continuously confronted with when watching coverages about this country on TV. Most of us haven’t had a chance to visit Tibet and yet alsmost everybody feels somekind of bond towards this beautiful, but also mysterious country.
For many years people all over the world have supported the campaigne to free Tibet and, eventhough it seems to have no results, we should never give up believing that together, we can change something.

Siddhartha In Space (2005)
The title of the album also defines the musical route. Modern arrangements and traditional instruments are being united. The globalization of music styles has been taking place, frontiers are torn down and multiple musical facets from Asian and Far Eastern areas are melted together. From this mix, arises the exotic modern attraction, colorful, brilliant, similar to the modern fashion.
Red Buddha is not shy in reciting passages from the Indian poet Kabir (Track “Raja-Raja”) and underlining these words with groovy rhythms. The multiple richness of instruments from regions like India and Asia are inexhaustible creative and amount to an enormous band width of sounds on “Siddhartha In Space”.

Raindance (2007)
Red Buddha leaves his usual Indian sound behind and moves into the world of African sounds. By using original ethnical music from Africa enriching it with electronic elements he transports them into the Western culture. The created music lets the listener experience in wonderful ways myths and stories of distant cultures.

China Exotic (2008)
The album is a homage to China’s most popular instrument of the „Erhu“. In addition to modern Western grooves and beats Red Buddha produced and wrote these tracks especially for the ZDF TV series „Global Vision – China Vol 1″.
Titles such as White Bamboo, Ground Opera, Forbidden City or even Tongli Water Garden, Stone Buddha with the Lind Wong Ensemble, give this production an authentic contemporary musical felling from China.

Create The Future (2019)
With „Create the future“, the musician, DJ and music producer Red Buddha releases his 10rd album. Red Buddha proves once more that he has the feel for many Beats, Grooves ,Samples ethnical music-genres and knows to use these skilfully on this new release.
The difference between “Create the future” and his previous releases is that Red Buddha also uses House sounds, combined with electronic elements creating the musical base. Red Buddha worked on this production during the summer of 2018. His inspiration was rooted in the many journeys, particularly to Ibiza,Spain where the album was produced. Thus Red Buddha began to transport the various house and dance impressions of these cultures into his own western culture. During the process of constant change and revision, he created the suitable surrounding field for all the auditory impressions, interpreted them newly and completed the composition. It is important to Red Buddha to leave the instruments authentically and unaffected to give atmosphere the room it needs to unfold.